Testament to the power of home staging 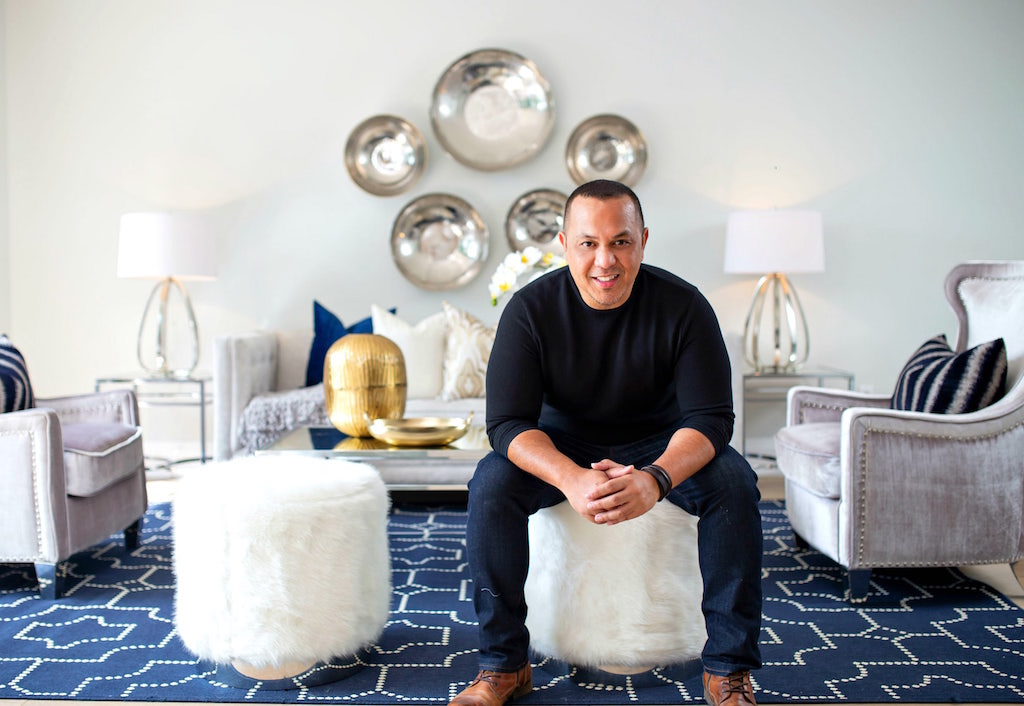 Who doesn’t love a before and after reveal? For the reader, it’s instant gratification, but behind the scenes, it’s all blood, sweat and tears. We asked Red Barrinuevo, President and Principal Home Stager of Redesign4more, to pull back the curtain on the home staging process. Here he shares photos from five recent projects and explains how he won over prospective homebuyers with style and functionality.

1. Luxury townhouse in the Beaches neighborhood of Toronto, listed at $2.2 million, sold in one month 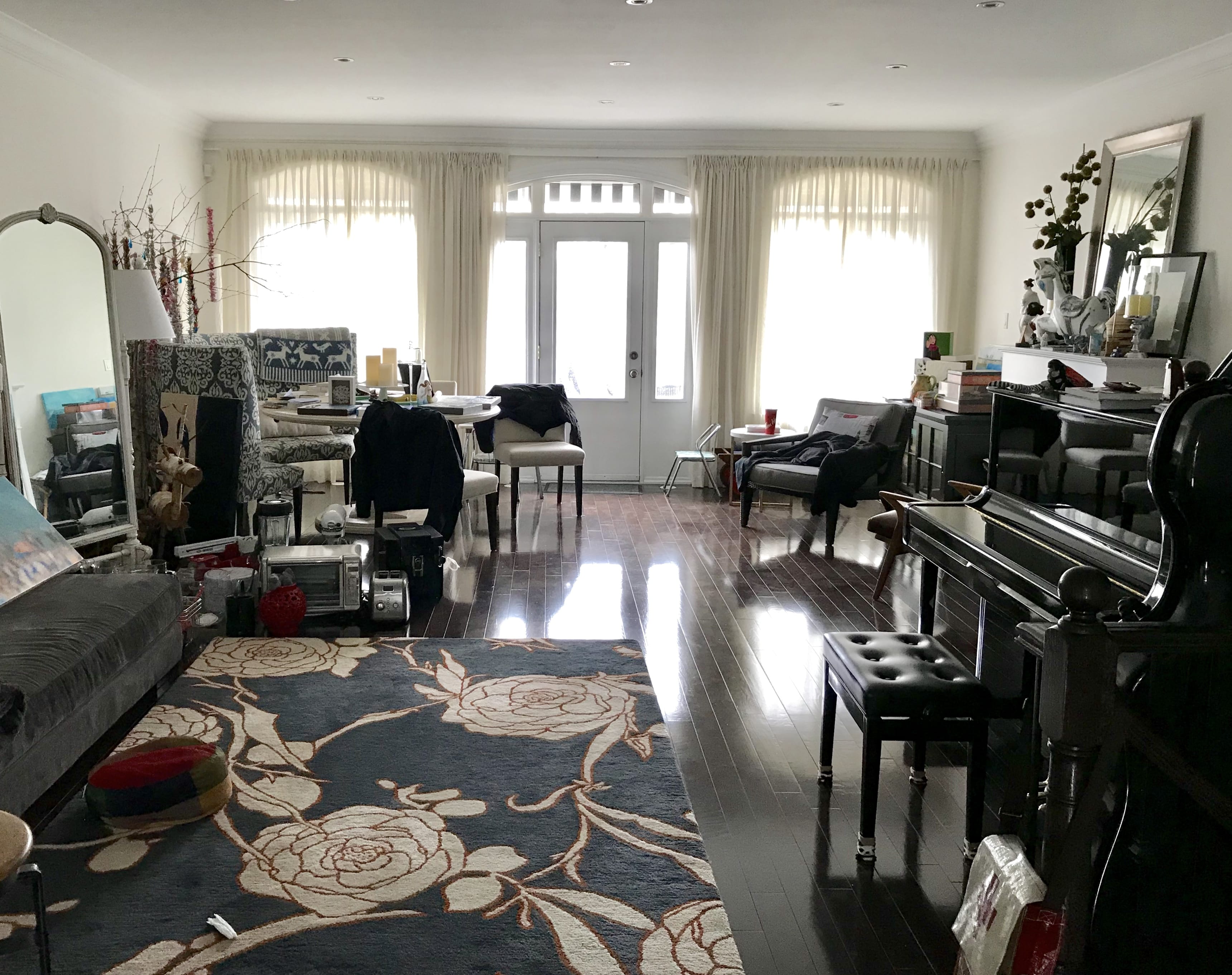 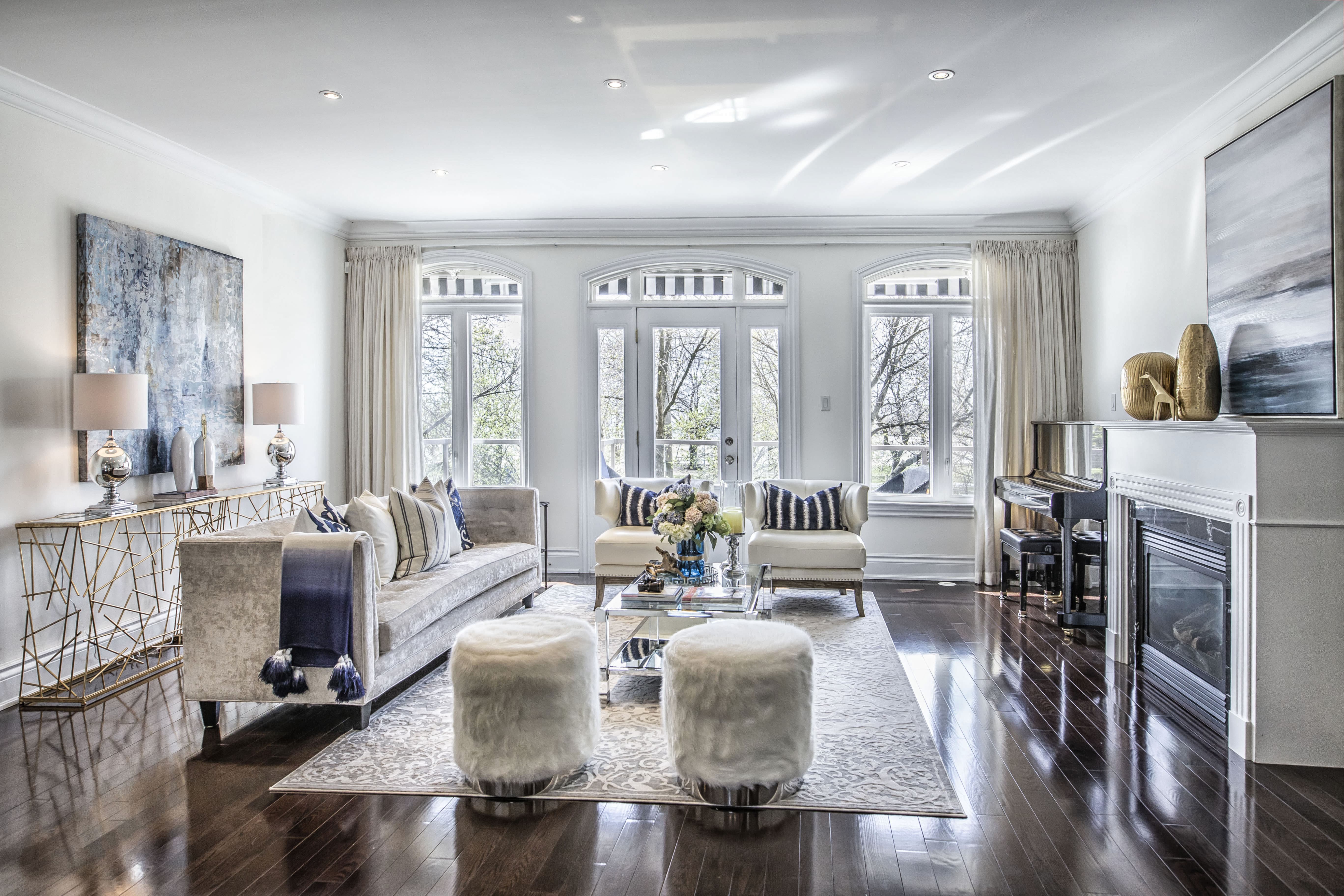 Red Barrinuevo: This is a four-level townhome with an elevator. It’s almost 4,000 square feet and fronts the beach. The owners didn’t really know how to set it up, the whole house was just a mix of everything. This space was supposed to be for living and dining, but it’s hard to tell because there’s so much furniture. You can barely see the fireplace because there’s a piano right in front of it. We chose to move the piano closer to the balcony, which helped to better define the space.

With a property like this, you’re selling the view as well — it’s like having a vacation home just minutes from downtown Toronto. We pushed the drapes to either side in order to showcase the view and bring in more natural light. We also changed the layout by floating the furniture in the middle of the room to make it feel more cozy and intimate. 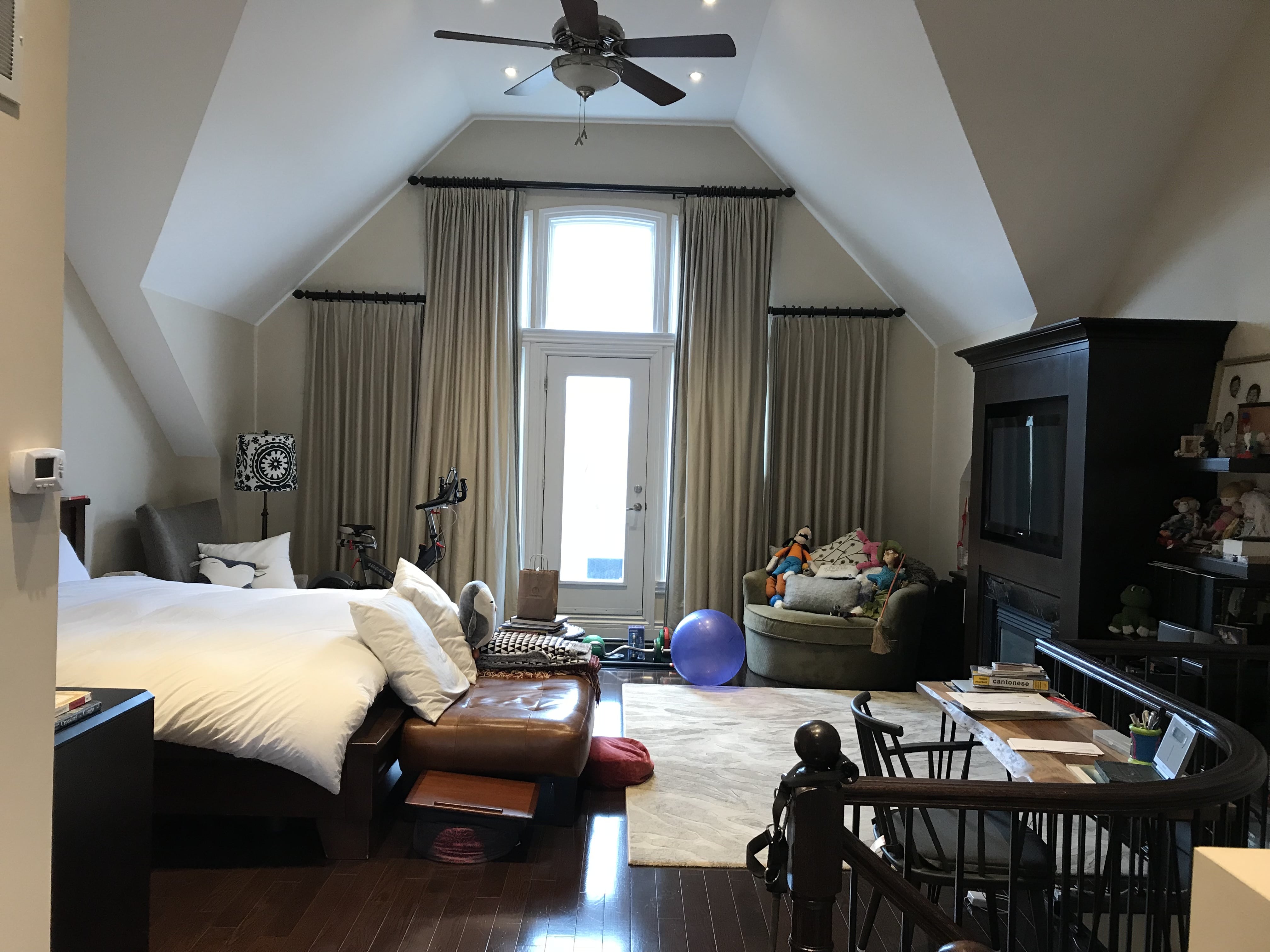 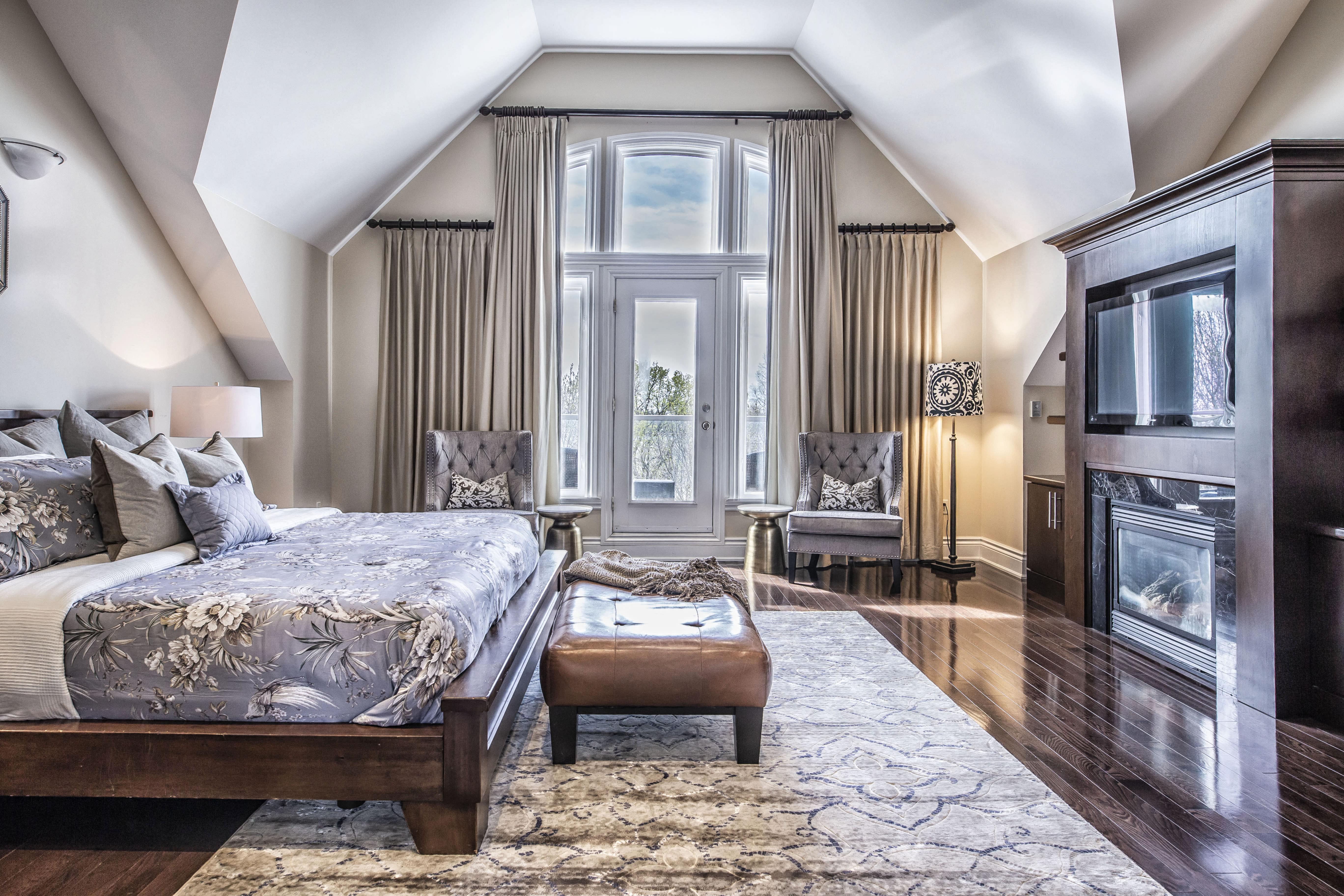 RB: This is the master bedroom of the same home, but it wasn’t used just for sleeping — the owner did everything here! There’s exercise equipment, a desk, and toys for his nieces and nephews. We needed to showcase it as a bedroom and nothing else. The room had a lot of luxurious features, like custom drapery, a fireplace, big screen TV and oversized windows, but you couldn’t really tell.

We also needed to break up all the browns. We had a wood bed, a leather bench and a wood built-in media console, so we introduced pattern and brought in a lighter area rug. We added a blueish-grey bedspread and matching accent chairs, too.

2. Detached single-family home in the Cabbagetown neighborhood of Toronto, listed at $1.75 million, sold in 45 days 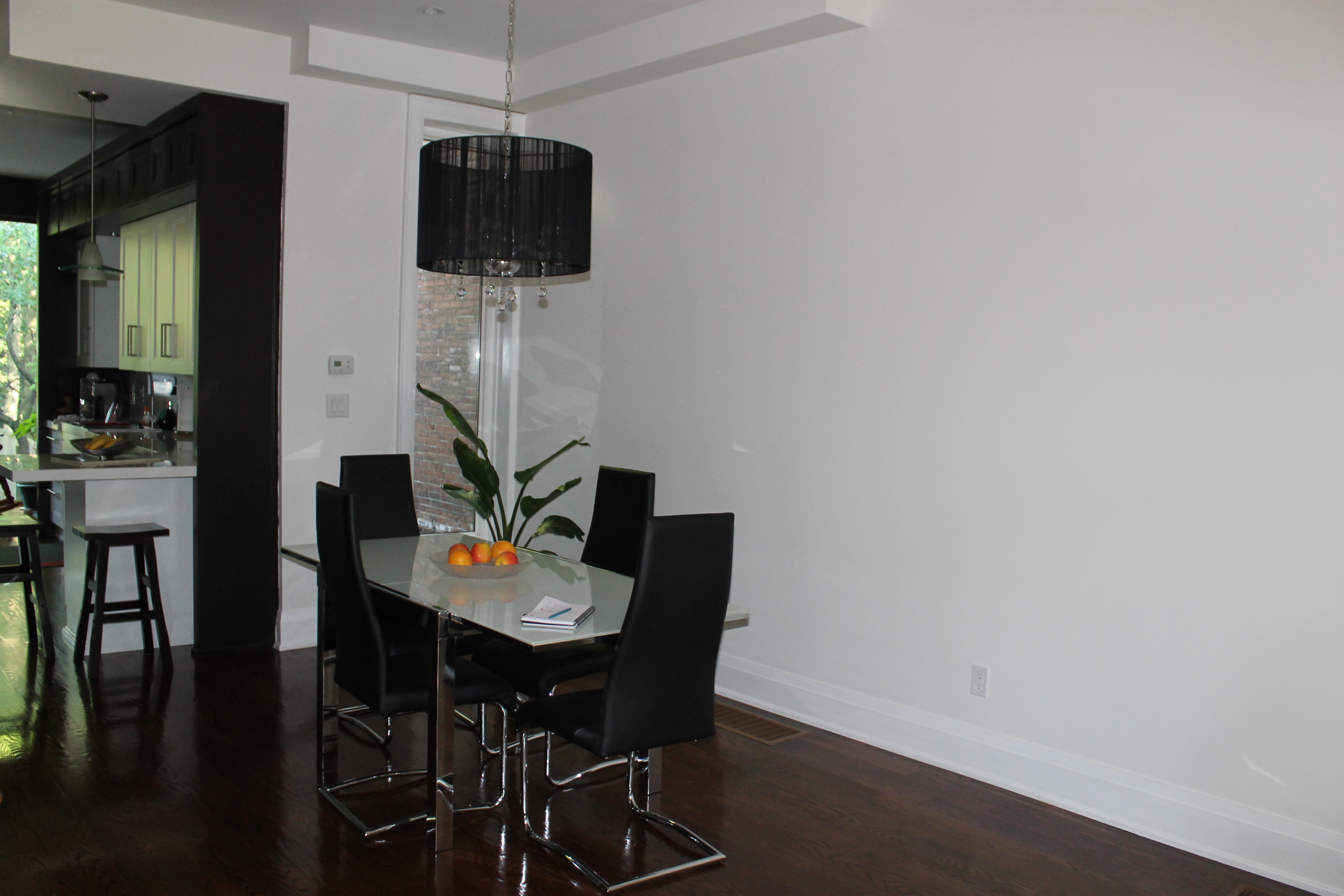 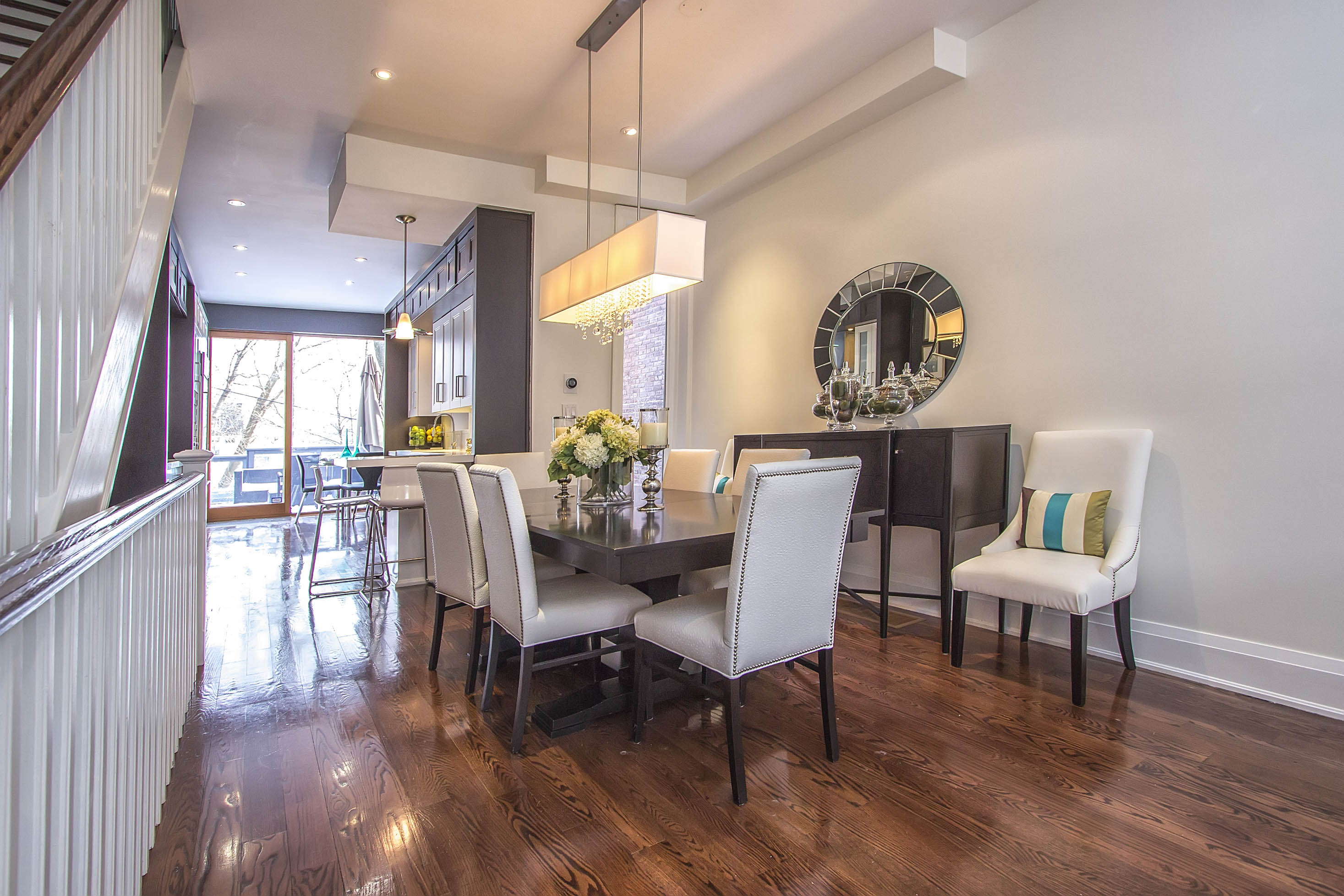 RB: This is an older Victorian home with a long and skinny layout. It’s open-concept, so the dining room flows into the living room. The furniture pieces that you see in the before photo came from the condo the couple owned before they purchased this house. The dining set was way too small for the room. We picked out bigger furniture pieces and changed the light fixture to one that was more appropriately sized. It’s super functional and brightens up the whole space.

This table is also extendable; it can seat up to eight people. We placed the head chairs on either side of the console, but those can be used for extra seating. This allows a potential buyer to see that the room could accommodate large groups for dinner parties or family meals.

We revarnished the hardwood flooring, which was not very expensive. It doesn’t involve buffing — it’s a chemical application that only takes about half a day to complete. It looks flawless and reflects a lot of light from the front of the house.

3. Condominium in Old Toronto, listed at $1.9 million, sold in one week over asking 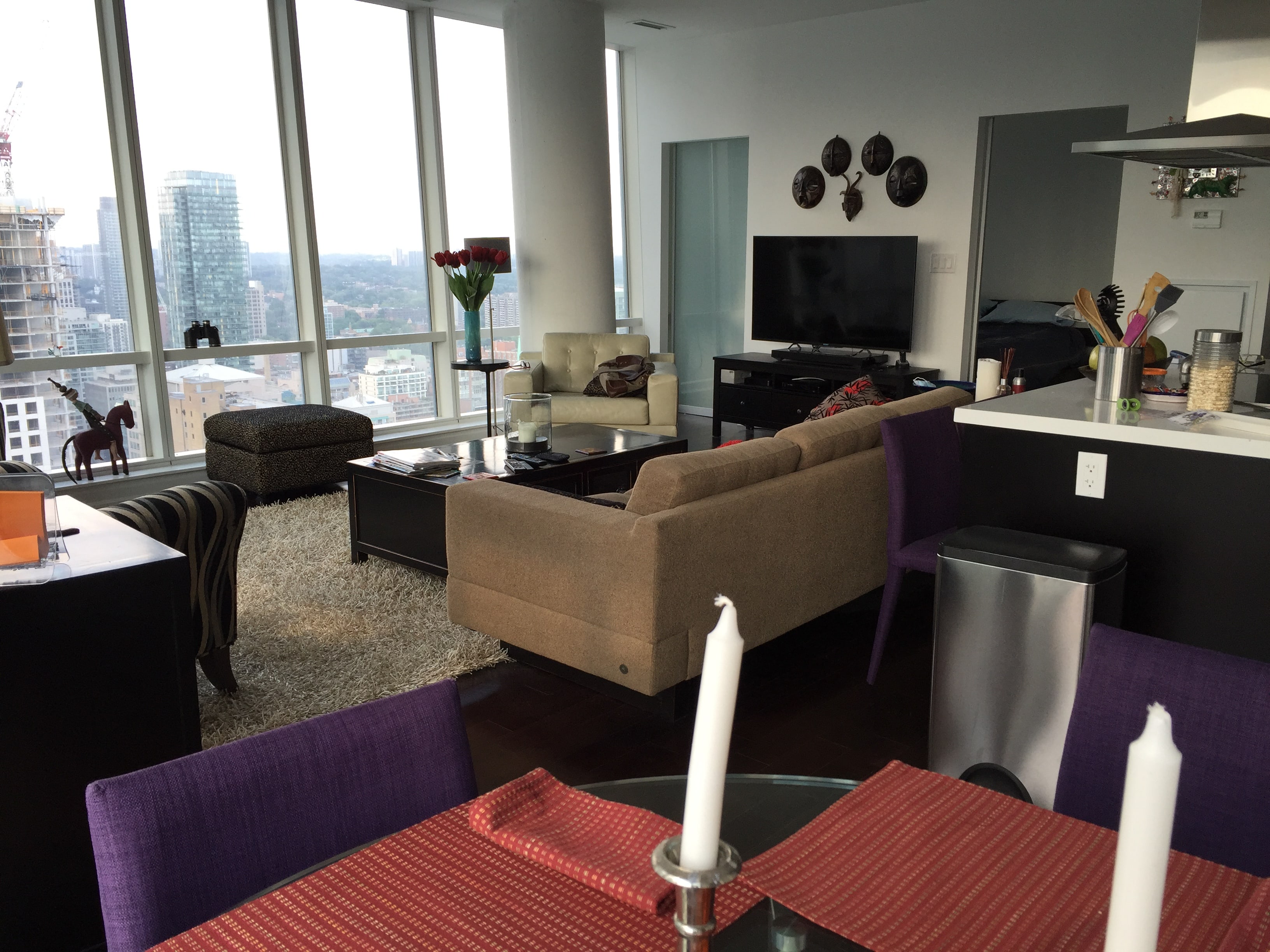 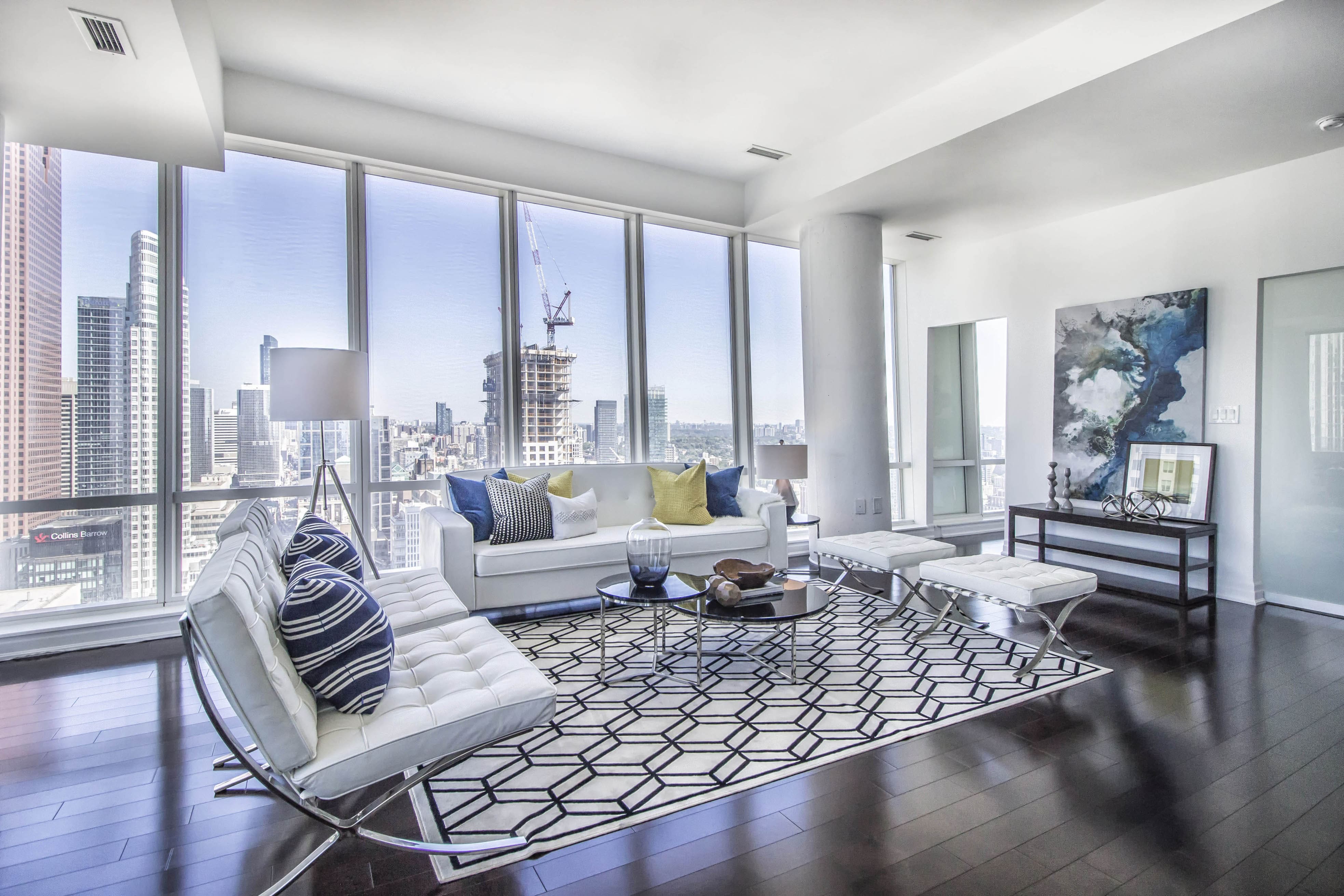 RB: This is a two-bedroom plus den, two bath condo. The homeowners were in their early 60s. To sell this condo we knew that it had to look sexy. They had the space, but the furniture pieces were wrong. The back of the couch was almost touching the kitchen counter, and there was no flow.

We brought in a new couch and placed it over by the window. You’re still able to enjoy the view — the profile is low and there’s another seating area adjacent to it. For the color palette, we decided to use mostly white with a few pops of color in the cushions and artwork. It made the space more luxurious and modern. 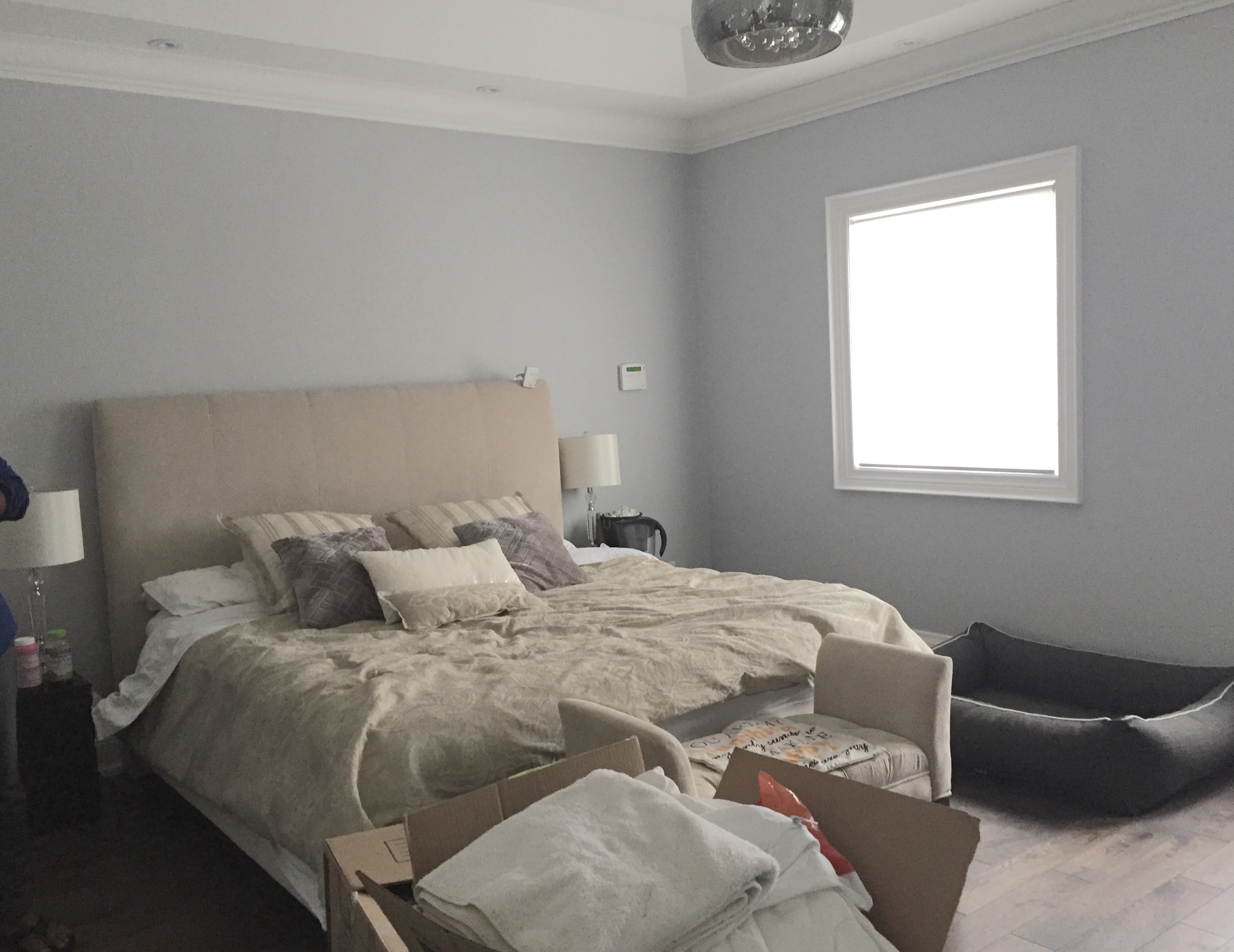 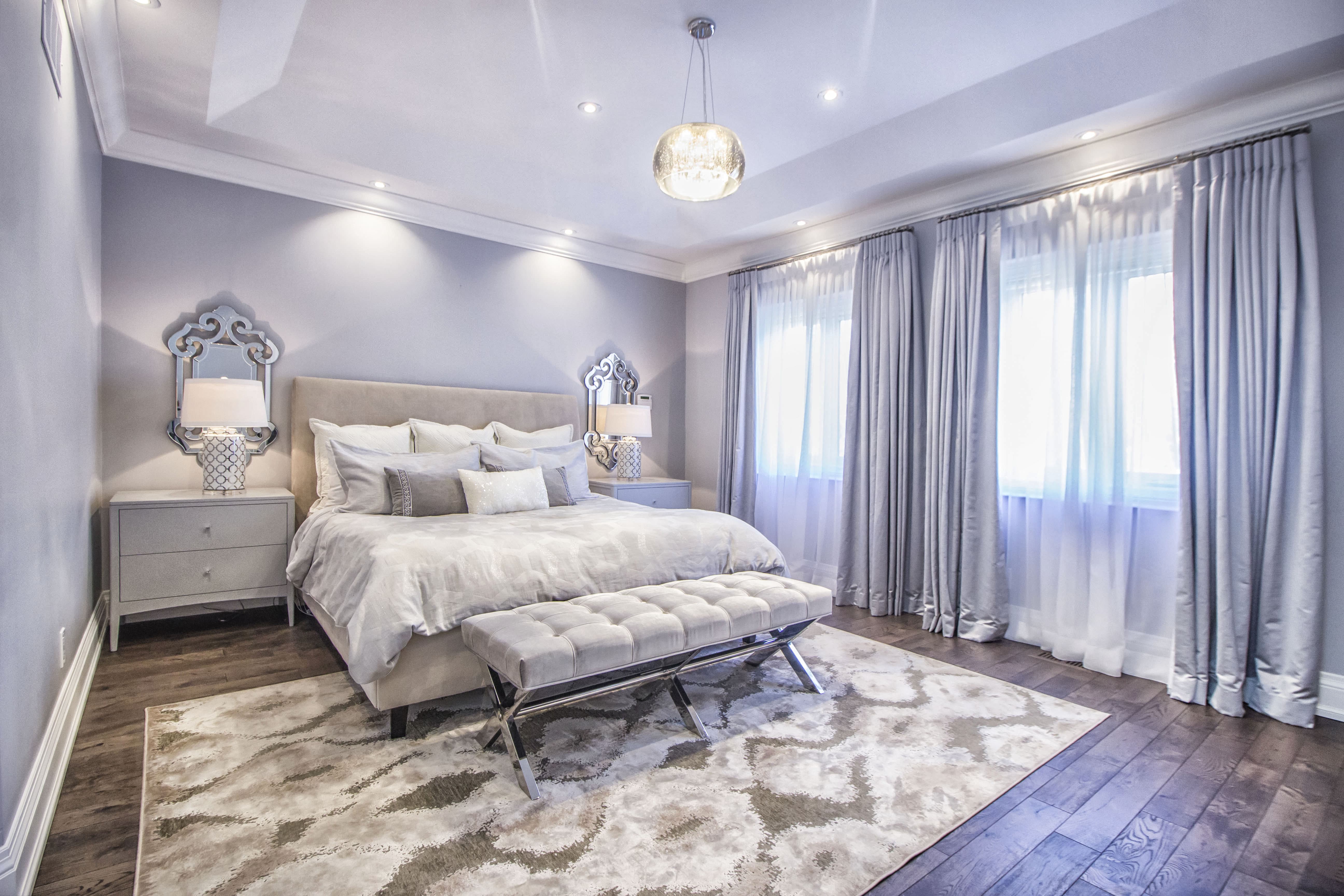 RB: This is a detached home located in Scarborough near the Bluffs. My clients had recently purchased it and wanted me to style the master bedroom. I often have repeat customers who hire me to stage a home for sale, and then when they move into their new place they want me to set that one up, too. It allows them to really enjoy the space they’re currently living in.

For this master bedroom, I kept the bed they had already purchased — it works well in this space. Their old nightstands were from IKEA and far too small for this bedroom. The homeowners wanted the color palette to be all grey, but to make it more interesting I looked for pieces with pattern, such as as the mirror, area rug and lamps. We played with texture, too, you’ll notice the velvet ottoman, silk drapes and the shimmery light fixture.

5. Semi-detached home in the Summerhill neighborhood of Toronto, sold in two days, $125,000 over asking 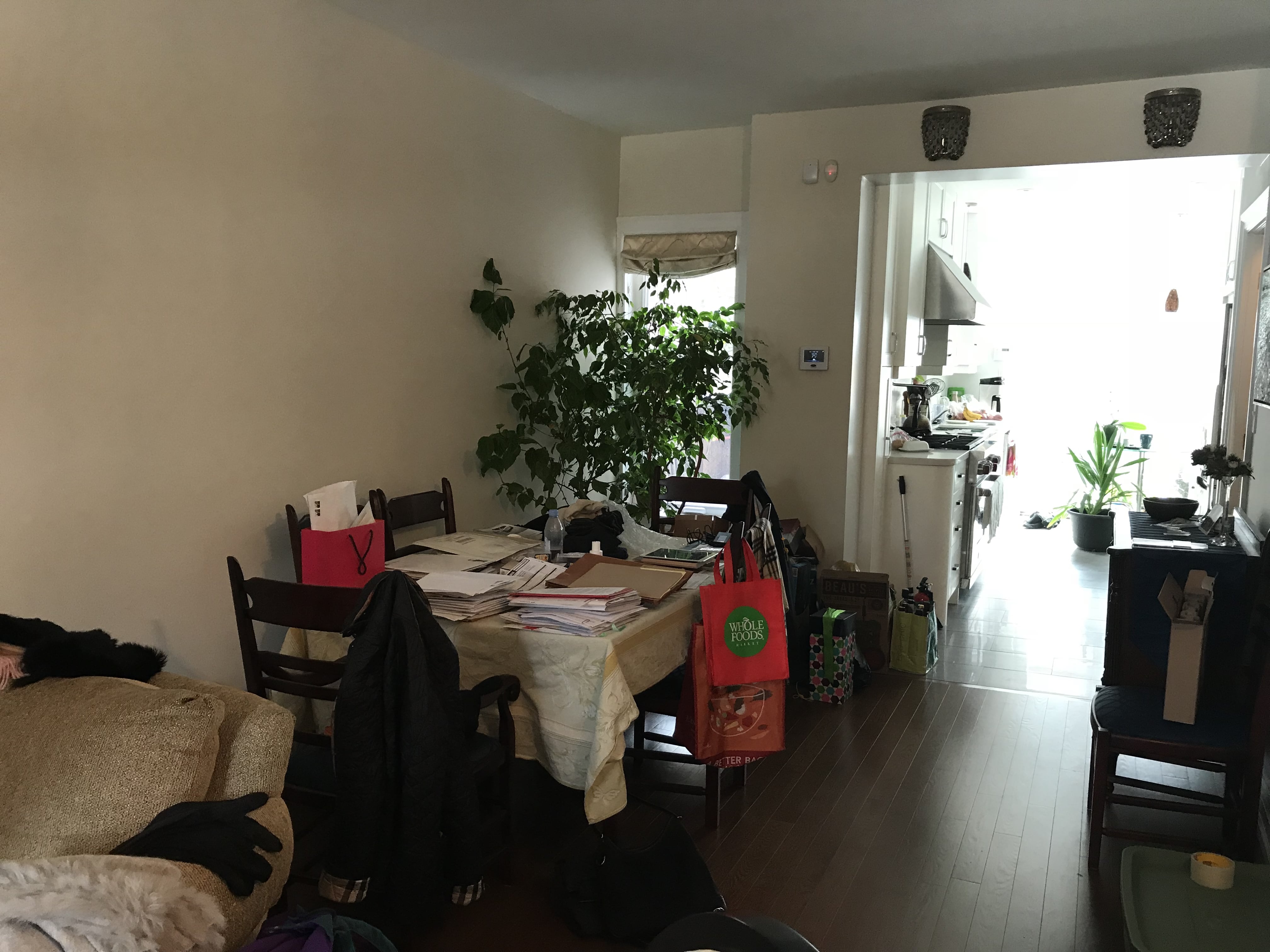 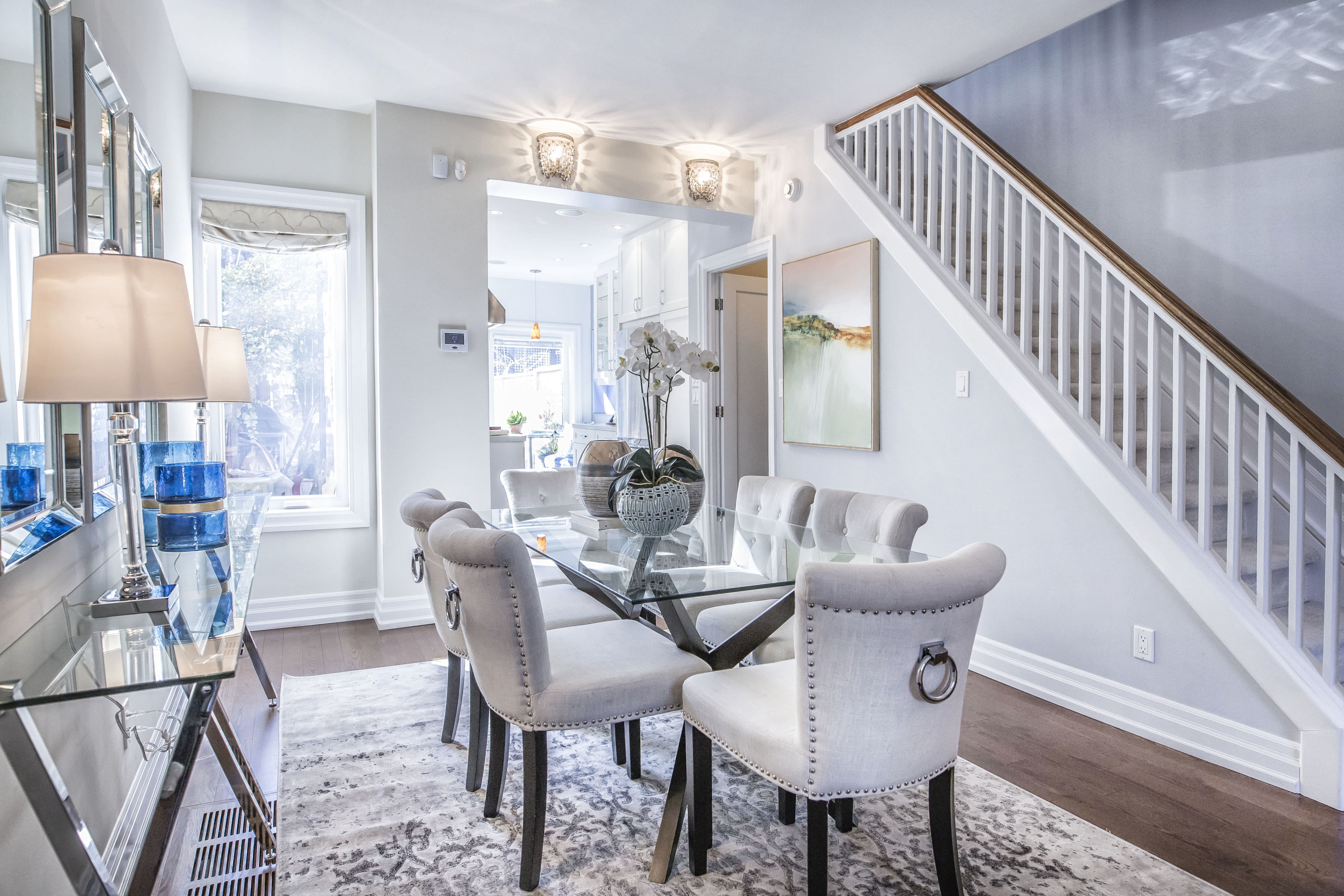 RB: The owners of this home really loved plants — there were plants everywhere! As much as I like to incorporate plants, they were just eating up too much floor space, so we removed them.

The table in this dining room was too small and it was pushed up against the wall. They also had a buffet table on one side that was also taking up a lot of much-needed space. We decided to remove the buffet table and move the dining table back into the center of the room.

We were able to squeeze in a skinny glass console on the left side and placed two lamps on top of it, which made a huge difference. There wasn’t a chandelier in this space, so we needed to add more light. A lot of potential buyers will tour homes in the evening after work, so you have to prevent the spaces from looking too dark. In this dining room, we kept the existing wall color and window treatments, but used the lamps and mirrors to increase the amount of light.